Why I hate hamsters

When I was in high school, I would make money by nannying, and working on a horse ranch. Coincidentally, the family who owned the horses lived right next to the family I nannied for, so at times I was doing both at once. The kids I nannied for were old enough to take care of themselves but not to be left alone for days. They needed help getting to school, picking up after themselves, fixing dinner, that sort of thing. The horse farm had 23 horses (7 in stalls, the rest were in pasture) and a herd of longhorn steer. Don't ask how many of those fella's there were because I kept away.

The family I nannied for usually hired me for extended periods while the parents were away on trips, so I would spend say four days with the kids getting them to school, fixing their lunches, taking them to sports games, that sort of thing. In the mornings I would get up super early and go over to the horse farm and feed, water all the animals, and then clean stalls and make sure everything was OK for the day. This was mostly while the lady who owned the animals was out of town as she liked to go to rodeo events in Texas every few weeks. Then I would go back to the kids' house, shower, fix breakfast and get them to school, after which I took myself to the community nursing home where I was doing clinical rotations for my CNA certification as part of a dual enrollment. After that, I went to school myself.

FYI, on the mornings that I didn't nanny beforehand, I went to school smelling like I'd cleaned up a barn. This was of course, very pleasant.

During one particularly long stay with the children and caring for the animals at the horse ranch, I took the girls out to eat for dinner one night. At this time, I drove an OLD one of these The previous owner was my youngest brother, who is notorious for being bad on cars. Anyway, the girls and I piled into my car and went to a local pizza place It's known for its buffet style (which in photos will always be shown filled to the brim) and for its breadsticks.

Unbeknownst to me, the middle girl had been given hamsters for her birthday present a few weeks before, and she snuck the little critter into her pocket before we left for dinner. This is the part of the story I will never understand. Her motivation could not have been anything but the 'cutsey' factor, but she clearly knew we were going to dinner. And yet.

I'm sure at this point in the story you think you know what happens, right?

About halfway to the restaurant, I felt something under my foot. As in the foot that was pressing the gas pedal and controlling the brake, because at this time I hadn't had a baby
and therefore could get my leg up there thought it was cool to drive with one foot propped up on the driver's seat. And one on the pedals. Imagine my surprise, then, when something MOVED under my foot. (This was akin to the time I felt a spider on me in the shower which is a really scary story I will save for some other time).

When I screamed, hit my breaks and pulled the car over the girls all began panicking. I thought at this point there was a wild (and therefore potentially rabid) squirrel, mouse, rat, or something else living in my car. I knew this was possible because months earlier, one had built a nest under my never opened hood and chewed almost all the way through my power steering belts, so they broke while I was going down the road.

During the chaos, I hear the middle girl start squealing. "Honey! Where is Honey! I can't find Honey!!! Where is she!!!" And immediately put two and two together. "You brought your Hamster? What on earth were you thinking?? We're going to DINNER. Not to the PET STORE. A HAMSTER has no business in a RESTAURANT!!!!"

Dinner was ruined. She cried the whole time, even though I called her parents and we talked about what had happened. Of course she was distraught. She had lost her new, beloved hamster and her parents would not buy her another one. She was miserable, thinking about how the critter had probably crawled out of the car and would never be seen again, to be eaten by some feral cat or die of starvation. I tried to reassure her by saying that Honey would probably be living near the restaurant, and eating all the leftovers that got tossed. She could even 'sort-of' visit Honey by coming to eat here.

I thought it was over, and I felt really terrible about the poor creature. I wanted to buy her another one, but as the weeks went by her parents continued to refuse to let me, on the grounds that her actions were irresponsible.

About a month later, I went out one morning and my car wouldn't start. I tried everything, and finally gave up, chalking it up to a dead battery or just an old, worn out car. We had it towed, and I dreaded the bills. I only had the car because my parents refused to drive me to school and insisted I have a car- the bills on it were ridiculous and I was wore out from working just to have it. They ran some scans and determined that it was an issue with the car's security system, that it had been triggered and therefore would not start as a safety mechanism.

They took the dashboard apart and lo and behold, in a tangle of chewed through wires found the cute little Honey. My bill from them read as follows:

Total bill to completely replace my security system? Over $3000. And that is why I nominate Honey as the America's most expensive hamster.

Posted by Mamma Pie at 8:31 AM 6 comments:
Email ThisBlogThis!Share to TwitterShare to FacebookShare to Pinterest
Labels: kids, Money, the old me 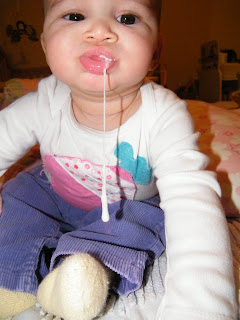